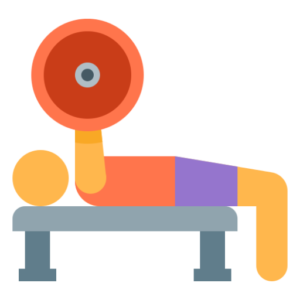 NEURAL TUBE DEFECTS are serious birth defects that affect the brain and spinal cord of a developing foetus. it occurs at a critical period when the neural tube is closing. The most common and serious forms of these defects are anencephaly and spina bifida.

Anencephaly occurs as a partial absence of the skull bones due to inadequate closure of the neural tube.

Spina bifida is essentially a failure of the vertebral arches to close over an open neural tube, resulting in an exposed spinal cord and nerves at birth.

Infants with anencephaly are stillborn or die shortly after birth, whereas many infants with spina bifida survive, although often with severe, life-long disabilities.

The rationale for folate content and maternal weight interaction’s is that there is a negative correlation between body mass index and serum folate among women of child-bearing age. As such, low plasma folate concentration negatively affect placental folate transfer which could be detrimental to fetal growth and development.

IMPORTANCE OF FOLATE IN PREGNANCY

Folate and its synthetic form(folic acid) is a B vitamin coenzyme that is naturally occurring in foods such as green leafy vegetables, beans, lentils, broccoli, peas, asparagus, fruits, cereals and grains. Folate assists in the DNA and RNA formation and as such critical for the production and maintenance of cells—especially during important periods of fetal growth and development.

one study by the Medical Research Council indicated that folic acid supplementation reduces both recurrence and occurrence of neural tube defects. This Medical Research Council study was conducted among women from 13 countries and the conclusion was that, supplementation with 4 mg/day of folic acid resulted in a threefold reduction in neural tube defects recurrence risk.

Another study in U.S.A  concluded that incidence of neural tube defects can be reduced as much as 40 to 100 percent if folic acid is ingested on a daily basis by the pregnant mother.

However, because neural tube defects normally occurred during the period when some women might not even realise that they are pregnant, most countries since late 1990 started fortifying staple foods such as cereals, grains and flours with folic acid and as a result, the incidence of neural tube defects have been reduced significantly.

Food fortification is therefore considered the most effective, risk aversion and low-cost alternative when compared to the strategy of dietary supplementation or better eating choice of folic acid food rich sources.

However, despite food fortification, adequate maternal folate supplementation and appropriate body mass index; some substantial proportion of women can and does still deliver offspring with neural tube defects. This can be as a result of many factors that are outside the relationship of maternal folate deficiency and/or body weight.

One such outside factor that can cause neural tube defects is excessive alcohol Consumption during Pregnancy. Chronic alcohol abuse may result in a wide spectrum of secondary disturbances of the absorption and utilisation of many nutrients, including glucose, amino acids, fat, sodium, and some vitamins (especially thiamin, vitamin B12, and of course folate).

Another potential underlying risk of neural tube defects is associated with folate metabolism and transport. for example, Since folic acid must be metabolised to its reduced forms for it to be biologically active, some studies suggested that maybe, pre-formed active metabolites of folic acid such as polyglutamyl would be more effective for the prevention of birth defects.

An Estimated Average Requirement(EAR) of 320 micrograms per day and a Recommended Daily Intake (RDI)of about 400mg per day have been set for both men and women aged 19–30 years. For women of childbearing age,  an EAR of 520mg per day and an RDI of 600mg per day.

However, for women who are planning a family, it is recommended that an additional folate intake of 400mg per day should be consumed for at least one month before and three months after conception. To prevent neural tube defects, women of childbearing age should be consuming folate-containing foods( such as beans, lentils and leafy greens) and should engage in folic acid supplementation because supplemented folate has a greater bioavailability compared with that of dietary folate sources.

Furthermore, increased intakes of nutrients such as methionine, zinc, dairy products and vitaminB12 have been associated with reduced neural birth defects risks. 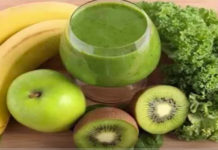 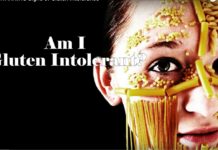 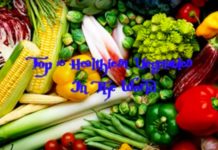 Back pains and solution